How To Update AADHAR Card Details

How to update the Aadhar Card Data?

The UIDAI Unique Identification Authority of India has started issuing Aadhaar card, a card with 12 digit identification number for every individual in India on behalf of the Government of India. The Aadhar card in India is considered as the identity and address proof with the unique number.
It provides government and non government services like banking, mobile connections etc,. The details of every individual will be collected and stored to issue the Aadhaar card. If you had entered wrong details during the submission, that is Name, Gender, Date of Birth, Address, Mobile Number. You can now update your personal data by uploading the photocopies supporting documents. For example, if you have entered wrong date of birth you can now update the DOB along with the Supporting document i.e., DOB certificate in this case. Aadhaar card data can be updated by using two ways online and offline. Visit the below given blog post links Updating AADHAAR Card Data online and and updating AADHAAR card data through post for more detailed steps. 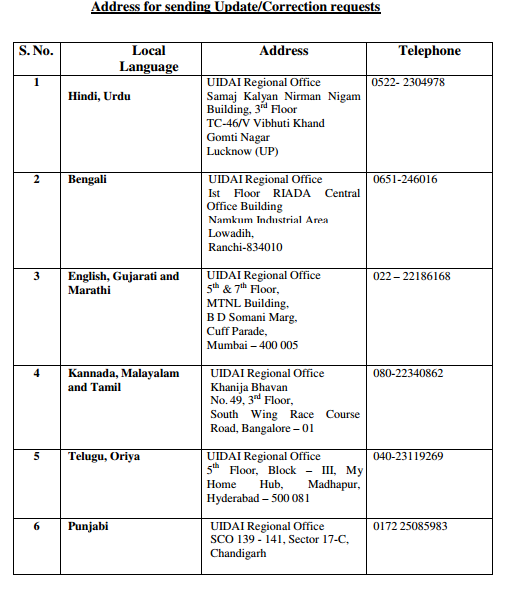 For any queries regarding the Aadhaar card data update please do comments and suggestions below.