AADHAAR Card Not Mandatory for Any Kind Of Government Facilities 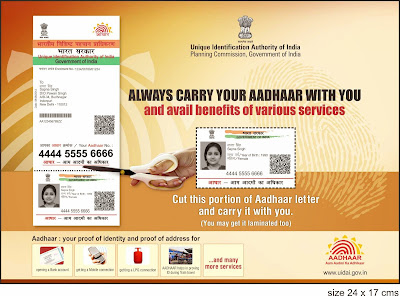 Earlier the apex court on centre’s plea that petitions challenging government’s plan to grant AADHAAR card to all citizens be referred as to a Constitutional bench.

On the issue raised that whether right to privacy is a fundamental right or not was supported by the statement of Attorney General Mukul Rohatgi that “no personal information of Aadhaar card shall be shared by any authority”.

The bench which was headed by Justice J Chelameswar, which issued a slew of directions, said the Centre shall give wide publicity through electronic and print media that the card is not mandatory to avail the government schemes.

The has also directed that all the information received by the UIDAI from all the citizens of India should not be used for any other purposes except for highly sensitive matters like criminal investigation and only with the permission of court.
The court did not allow the interim plea of petitioners, challenging Aadhar scheme, that the ongoing enrolment process for the Aadhar card be stayed.