By Malik Junaid January 06, 2015
One of the common mistakes that we face during the procedure of ration card making is wrong name, address, or ID is filled by the government officials. There are lots of users applying for it and that's why we have to face such problems. One of the best way to avoid such mistakes is
to fill the form very carefully and neatly in block letters. If you don't know how to fill the form you can get it filled by some other person or notary who knows much better.

Following are the steps to be followed preceding the change of name in Ration Card:


After following the above steps one should follow the below given steps in order to complete the procedure of changing the name in ration card.


To change name in the Ration Card some more steps are to be followed:


The above is an example of name changing in ration card. you can follow the baove steps with the help of notary or lawyer to change your address or id number too.
Given below is an image of ration card correction form which includes your details and the correction you want or the change in the name you want. 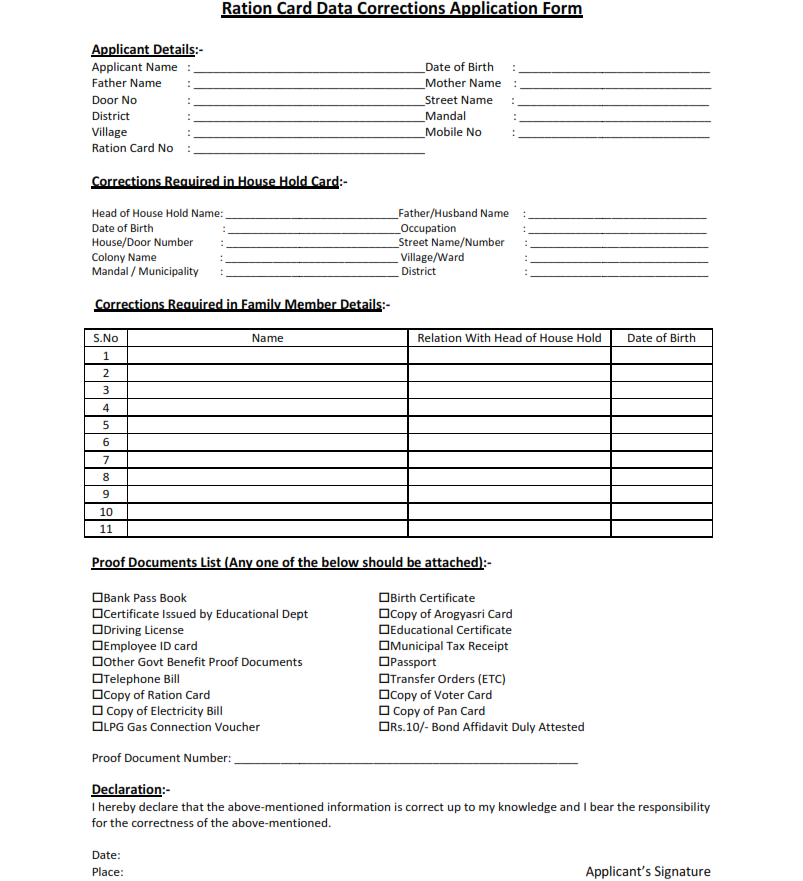 The best way to get this done is to contact a notary/lawyer who knows the whole procedure and will get your work done of name change as soon as possible.